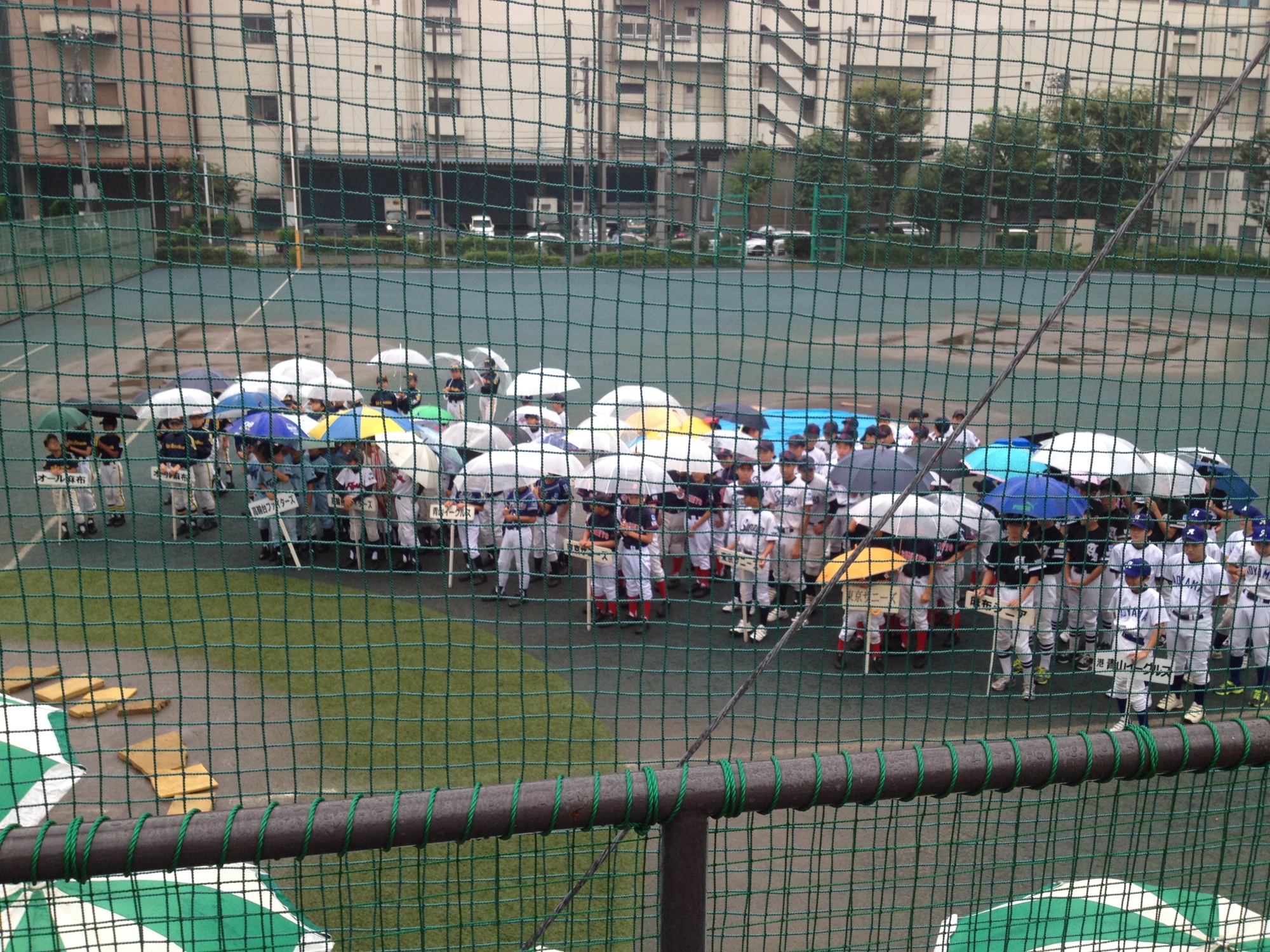 I continue to admire the stamina, strength and endurance that the Japanese put into everything they do.  My son’s baseball team (10&U) made it to the all Tokyo 23 Wards Tournament.  Despite it drizzling and dumping all day, they don’t cancel practice because being together in the rain (and hope they aren’t all down with a cold tomorrow) and working together is paramount to anything else.

While the American side of me thinks it is ridiculous, the open-minded and curious side thinks wow, how cool that we all persevere to give us the best chances of having a great game.  It is with great admiration that I thank the coaches who are all volunteers and kow-tow to their wives who give up their weekends with their spouses.  We have practices up to 3 times a week, 4 if there is a holiday and we are “lucky” to get field time.  (Field time is lottery based – you can enter as many times as there are people on the team.  The Sunny’s have over 60+ players on the team (Grade 1-9))  Practices can be 2 to 8 hours on the day, and sometimes moving from one field to the other.

Is it worth it?  While my son does a Seminole rain dance and rejoices when practice is cancelled, he does return from practice with a smile on his face away, wanting more.  And while he may get unkind comments when he drops an easy fly and I cringe to see my son crying as he takes on another kid for unseemly comments, I have learned that is life.  One can not stop the bullying but can address it head on when it happens.  And it isn’t because he is a foreigner on a Japanese baseball team.  When we lived in the States, our boys confronted other boys who ran the playground unchallenged.  They had to learn to deal with these personalities as well.

What my boys come away with is a discipline, hardwork, and a high level of play.  Gambarimashou!

In the video here, the tied game is decided not by extra innings but by handing out envelopes of “maru” and “batsu”, X and O.  Whichever sides picks the most “O”s wins the game and proceeds to the next stage of the tournament!  More excitement and anticipation than in the simple flip of a coin.  Would have preferred the “sudden death” playoff inning but alas, not in the rules.